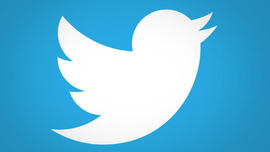 But the co-owner of an Ireland-based digital content agency began “hyperventilating” Tuesday morning when he couldn’t log onto the social network. He thought the Internet was down at his father-in-law’s house just outside Dublin because he couldn’t tweet.

He needed to monitor content his company, markITwrite, publishes for clients. He needed to get in touch with them.

Platforms like Twitter and Facebook have become so ingrained in our lives it’s hard to imagine living without them. More than half of the world’s online population use social media regularly, but when the services go out, it can feel a bit apocalyptic for some.

Sometimes, these outages are Facebook, other times it’s Google’s Gmail. On Tuesday, it was Twitter, which was inaccessible for about six hours. And while it was, the Internet was all atwitter with people commiserating about how they suddenly can’t swap cat photos, make baby announcements or share breaking news stories.

“Social connection, safety and security are primary drivers of human behavior,” said Dr. Pamela Rutledge, director of the Media Psychology Research Center, a Southern California nonprofit that studies human behavior and technology. “It’s not surprising that people react emotionally to things like when Twitter disconnects, even if we rationally know that it is likely temporary and not, in the grand scheme of things, a big deal.”

These experiences remind us that social media is somewhat of a mixed bag in our lives. In theory, it gives us easy access to our friends and the things we find important. But in reality, the Pew Research Center found that it can also give us stress.

“Stress might come from maintaining a large network of Facebook friends, feeling jealous of their well-documented and well-appointed lives, the demands of replying to text messages, having to keep up with status updates on Twitter, and ‘the fear of missing out,’ in the lives of friends and family,” the study said.

Helen Pritchard tries to take a different tack. As owner of Blue Sky Digital Marketing in Warrington, England, she’s online a lot. When social network outages happen, she takes a moment to reflect.

“Sometimes, a little down time away from our screens can also be a good thing,” she said. “Everyone tends to panic when the ‘biggies’ like Twitter and Facebook go down.”

For Butters, 42, being on social media helped take his mind away from the battle his wife, Kerry, is having with lung cancer. She was hospitalized during the holidays and was just released last week.

Kerry, 44, who has more than a quarter of a million Twitter followers, is still tweeting several times a day and “still writing frantically,” in between rounds of chemotherapy, he said. Because of the nature of their work, Butters is usually either at her bedside or in a nearby waiting area working on his laptop.

He’s working constantly and using social media at all times — even just before Christmas dinner.

“What a tragic way to spend my life,” Butters said, with an uncomfortable chuckle. “I’ll look back one day and shake my head in disgust.”