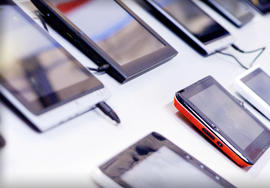 Global shipments of devices, including PCs, tablets and smartphones, will grow at a 1.9 percent clip this year over last, but overall spending will decline for the first time, according to market researcher Gartner.

The forecast highlights what is likely to be a rough year for computing devices. Markets have matured and largely stagnated. As a result, companies need new strategies for both mature and emerging markets, said Gartner.

The PC market in particular is expected to slip 1 percent in terms of units this year but increase 4 percent in 2017.

Windows 10 and two-in-one hybrid devices will drive future growth, Gartner said. In addition, Gartner expects companies to upgrade to Windows 10 at a faster clip than previous releases of the operating system.

This story originally posted as “Global device growth expected to be anemic in 2016, says Gartner” on ZDNet.