CAN — Born and raised in the icy wastes of Canada, Andy Chalk has been playing videogames from the day he convinced his parents that owning a TRS-80 would help him learn to type, something his father considered a practical and valuable skill. He’s particularly fond of RPGs and shooters these days but has a soft spot for less conventional fare as well, and makes a point of buying all his games in boxes. He lives amidst the tobacco fields of southwestern Ontario with his wife, dog and half-dozen cats, most of whom agree with him that the ending of Mass Effect 3 was just fine. 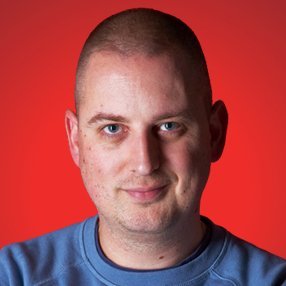 US — Tim is interested in two things. Playing Hearthstone, and writing about Hearthstone. Oh, and and he’s interested in his dog Batman. And Arsenal football club. Wait, how many things is that? Tim is not interested in maths. Having previously launched a multiformat games site, he subsequently spent most of his career on Official PlayStation Magazine, before the clarion call of overclocked GPUs lured him to the side of truth and justice. He definitely doesn’t spend all his time on Hearthpwn.com, cruising for Druid decks, we are contractually obliged to say here. 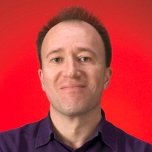 UK — Tony has been inserting apostrophes into PC Gamer for over ten years now, and reckons it’s nearly full. Like a majestic oak in a time-lapse nature documentary, he has watched whole generations of PCG writers come and go, and occasionally suffers from powdery leaf blight. He enjoys games that are original, unusual and creative, which probably explains why he has so much spare time these days. It is possible that he is spending some of that spare time coding his own game in C++, but that totally isn’t interfering with the novel. His other interests include cats, science fiction, and science fiction cats. Dislikes include stupid people and writing about himself in the third person. US — Wes grew up playing games on PC hardware that was just out of date, longingly pining over his friends’ 486s and 166 MHz Pentiums. Since joining PC Gamer, Wes has asked a goat farmer to review Goat Simulator, overseen an investigation into the business of cheating, learned to play Dwarf Fortress, guided the first episodes of The PC Gamer Show, shown us how to play classic games in 4K, and so much more. Now as Hardware Editor, he’s our go-to source of opinion and instruction on PC components, peripherals, and maintenance. We also like his hair. 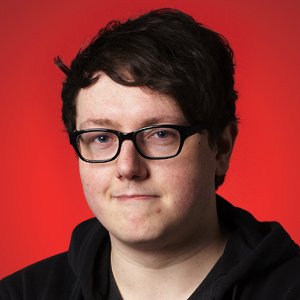 UK — Andy is PC Gamer’s resident VR enthusiast, among many other things. He’s known to write about Elite: Dangerous, DayZ, BioWare RPGs, GTA, Prison Architect, and just about anything we put on his desk and gesture at. In his spare time he makes the Other Places video series. US — Tom has been playing PC games since he could reach a keyboard. His e-sports career began with Yukon Trail, before he quickly became dominant in the competitive Clue Finders scene. Not feeling challenged, easily being able to beat the 5th grade edition while still in 4th, Tom transitioned into an analyst role by shoutcasting back-alley Pajama Sam runs. From there he decided to perfect his writing and video editing craft on PC games as a whole. He loves platformers and puzzle games, and since joining PC Gamer has developed an unhealthy relationship with the LPC. AU — Shaun has played Doom regularly for the past 20 years. Despite this, he’s managed to land on his feet as the head of the Australian PC Gamer team, which means he delivers news from the future. When he’s not writing about games for PC Gamer he’s writing about music for The Guardian, Crawlspace and more. He loves Cyberdemons, floating aimlessly in Minecraft worlds and noise music. He hates: your band, puzzle platformers, the sun. 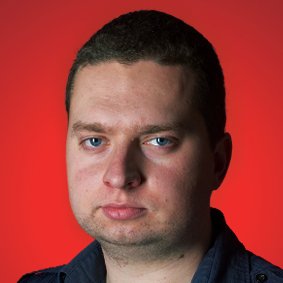 UK — Samuel began PC gaming in the early ’90s and as such has a fondness for immersive sims, RPGs and piloting spaceships from Star Wars. Far from a relic of a bygone era, however, he is currently enjoying the likes of FTL, Titanfall and Hearthstone, with a range of preferences he would describe as ‘eclectic’ merely because no-one else will. Samuel is saving Dark Souls for the day he retires, at which point he hopes it’s finally ditched Games For Windows Live. 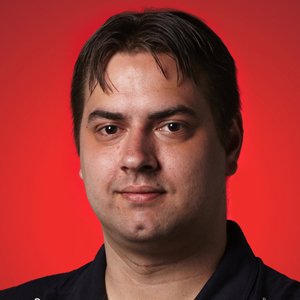 UK — Phil has been PC gaming since the ’90s, when, being a child, he had the time to complete games like Baldur’s Gate and Little Big Adventure 2. Ostensibly now an adult, his Steam backlog would take roughly three lifetimes to complete. Phil’s been writing for PC Gamer since 2011 – first as a freelancer, then as news editor, and now as deputy editor of PCG UK. His job is split between planning and filling magazine pages, and helping to stop Samuel from having a stress-related breakdown. 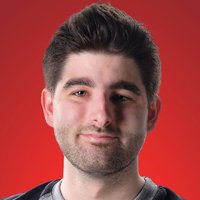 UK — Tom began his PC gaming journey early, as a Necromancer in Diablo 2, a crack pilot in Wing Commander 3 and Freespace 2, a warlord in Alpha Centauri and a quiet angry man with a crowbar in Half-Life. Tom joined PC Gamer in 2011 and has since written more than three-thousand-and-something posts for the website, and many words for PC Gamer magazine. He loves strategy games, space, and anything with tanks. UK — Our UK and US art editor John exclaims ‘You can’t wipe your ass with a website’ in his relentless enthusiasm surrounding our magazines. PC Gamer reader and subscriber since the age of 14, he’s landed his dream job designing our issues from cover to cover each month. Other loves include his two long-haired miniature sausage dogs Fred and Barney, shooting down helicopters with a tank in Battlefield, and farting the first five notes of Her Majesty’s National Anthem. And of course his long-suffering girlfriend. 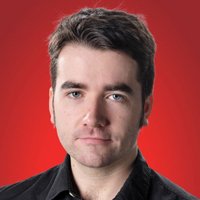 UK — Chris has been with PC Gamer since 2011 as a freelancer, staff writer, video editor, deputy editor and acting editor. In that order, pretty much. He’s now the Editor of PC Gamer Pro, a new web channel dedicated to competitive gaming and esports. First and foremost a Dota guy, he also likes shooters, RPGs, and games where spaceships suddenly emerge from hyperspace. 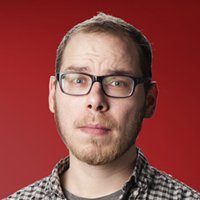 US — Tyler’s first games were played on a Commodore 64 and Apple II. The rest of his childhood is a blur—like the face of a monster in Jacob’s Ladder—though he occasionally has flashbacks of Quake II CTF matches. As Executive Editor, he spends a lot of time editing reviews. He hates the words “solid,” “visceral,” and “deep,” and will delete them on sight unless they’re in a sentence about how much he hates them.